Since its founding in 1993, Lexer Research has been committed to providing products and services designed to help business activities and human society evolve in a positive direction. This is in line with its unique viewpoint of “support for human creative activities” through research on “knowledge­ producing mechanisms.”

To date, the company has been winning customers for its products and services in the following areas:

Information and communications technology (ICT) has great potential to cause a social revolution, as the steam engine did in the Industrial Revolution. However, to date it has not progressed beyond the level of such things as data storage and data exchanges, or computational processing. Nevertheless, ICT is the core technology for the “knowledge­producing mechanisms.”

Our company believes we are at the dawn of an age in which ICT will bring about a true revolution in business activities and human society. To that end, we need technologies which will provide overwhelming power to boost human capacities through the expansion of vision (D/dimension), the proper evaluation of diversity (D/dynamism) and the acceleration of decision making (D/design).

Lexer Research is offering products and services developed with such technologies not only to the increasingly globalizing manufacturing sector, but also to other fields, such as the distribution, logistics, medical services and general services industries.

The Essence of Virtual, ‘Powering everything’ 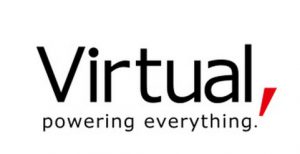 LEXER is pursuing the true meaning of Virtual. Virtual is not mere imagining. Rather, it is the wellspring of creativity. The comma here is a reminder to pause to reconsider how Virtual will be the key that opens the door to future possibilities. Powering Everything refers to the fact that we are dealing with diverse phenomena within functionality spaces, and that the overwhelming power of the Virtual provides strong support for human creativity and thinking.

Although the term “virtual” is often comprehended as something imaginary, that is not its original meaning. Rathervirtual means that a thing is functional or utilitarian in its entirety. It certainly does not mean that it is a space mirroring a physical space, or that it is some kind of cyber­space modeled upon it.

Incidentally, even the physical space that we think we live in is virtual. For example, games like shogi (Japanese chess) or chess are virtual. Objects trial­manufactured on a 3D printer are likewise virtual, as are trial production lines made with cardboard. If anything has sufficient functionality for its purpose, then it is virtual.

It doesn’t matter whether it is something in actual use or a simulation, something with a physical existence or something cyber. The true nature of the “virtual” is that it has a function in pursuit of an objective. Furthermore, this environment composed of the virtual can give birth to various forms of creativity and imagination. 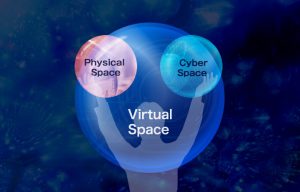 When considering the virtual, Lexer does not differentiate between physical space and cyberspace. Any space that can be treated in unified fashion is functional space. In this kind of environment people are able to achieve intuitive understanding, and pursue creative activities through dialog. Lexer deals with the virtual in various forms within functional spaces (“powering everything”), and supports human creativity and imagination with the overwhelming power of the virtual.

Origin of our company name ‘Lexer’

Lexer is derived from the Latin word “lexicon.” In other words, in Latin it signifies “a framework for concepts.” It connotes “meaning, rule or norm.” So a lexicon, like a dictionary, is composed of individual words that represent concepts in the world. A dictionary pins down and gathers in one place the “words” that constitute our thinking.

As the human race has evolved, we have improved our modes of communication, including natural language (spoken language, written language) and non­verbal language (body language in the form of gestures, facial expressions, etc.). Gestures, movements, actions, and use of the eyes are essential to our communication.

However, in the cyber world that is our future, the conventional words which we use in the everyday world will prove inadequate to express our thoughts. Rather we will need new words apt for this cyber world. Throughout its development humanity has continued to expand its communication skills—ranging from unspoken use of the six senses (including telepathy) to spoken words, symbols, writing, and logical command systems (e.g. program codes and work instructions.) New vocabulary is created and then accumulated in the cyber world as well. Each new addition to this store of vocabulary serves to further advance human knowledge.

Lexer aims to create a “new illuminating dictionary” that will cover the “words” that constitute creative human thought, instead of merely providing traditional descriptions. The essence of Lexer is embodied in its name. We represent a “dictionary” which provides meanings for concepts and ideas from an engineering point of view. We aim to construct a new system for expressing concepts through words within a technology-­supported environment.

Just to give one example, the GP4 virtual processing system used for process design in the manufacturing sector has proved successful in establishing systems for describing the flow of material in production sites and motions made by people. Here with a mere five commands (words) we can describe activities, including bodily movements that take place within the production sites. We consider them “a new language for effecting descriptions of manufacturing activities within a cyber world.”

Another important thing to note is that along with the development of command language, through its interpretation we have succeeded in developing both command language and technology that can control and create automatically the flow of goods and human movements at production sites within virtual space. This means we have gone beyond logic and philosophical thinking, and instead we have developed mechanisms to put into practice such philosophical thinking. This is very important and is the role Lexer seeks to play.

Lexer has sought to achieve visualization of various forms of tacit knowledge (information that cannot be expressed in numerical or symbol form). Its core technology therefore integrates the research results achieved through that effort. We are able to give visible form to various kinds of tacit knowledge related to human cognition, to clarify the meaning of tacit knowledge for electronic media, office work or engineering sites and to realize means of expression and information exchange where significance is attached to activities. These capabilities form the core of what Lexer is and match our goal of further expansion of the “lexicon.”

This symbol mark gives visible expression to how Lexer looks at various phenomena that we can observe in the real world. Below we summarize our thinking.

Originally, phenomena encompass diverse meanings. There are no absolutely definite meanings. What defines meanings are viewpoint, circumstances, context, objectives, empirical background and, most of all, the will for positive involvement.

Phenomena are by no means the representation of cut­out reality. With such diversity in meanings, we need to interrelate them somehow so that we can visualize and interpret them properly. In that respect, they are interrelated and dynamic (not fixed). In other words, they obtain meanings only through an expressive context such as movement, dialogue, oscillation, pulsation, etc. Therefore, our symbol represents a conceptual framework for such diversity, as well as our strong commitment to finding the right context for interrelated phenomena.

In the future, our search will not be limited to just understanding meaning or idealism, but also include interpreting and visualizing various phenomena. The important thing here is to develop mechanisms in which meaningful relationships are achieved and activities such as calculation, execution and operation are properly implemented.

Fashioning some kind of meaning from diversity really is nothing other than “creative human activity.” This is where existential meaning for human beings is generated. In order to further develop this worthwhile activity, an engineering approach is needed. Such an approach lets us create a dialog forum where connotative meanings can be properly expressed. In such a dialog forum, the interpretative process can automatically develop, accelerate and deepen creative activities beyond functionality.

The significance of technology is not simply to be found in the provision of value-­added services and user­ friendliness. Rather, technology helps people become self­-aware of their relation to society and clarifies the meaning of their existence though engagement in various activities involving self-­expression.

Our ultimate goal is the fostering of a social environment where individuals can share their understandings and become more proactive in their own activities. The Virtual opens up unlimited horizons for humankind.